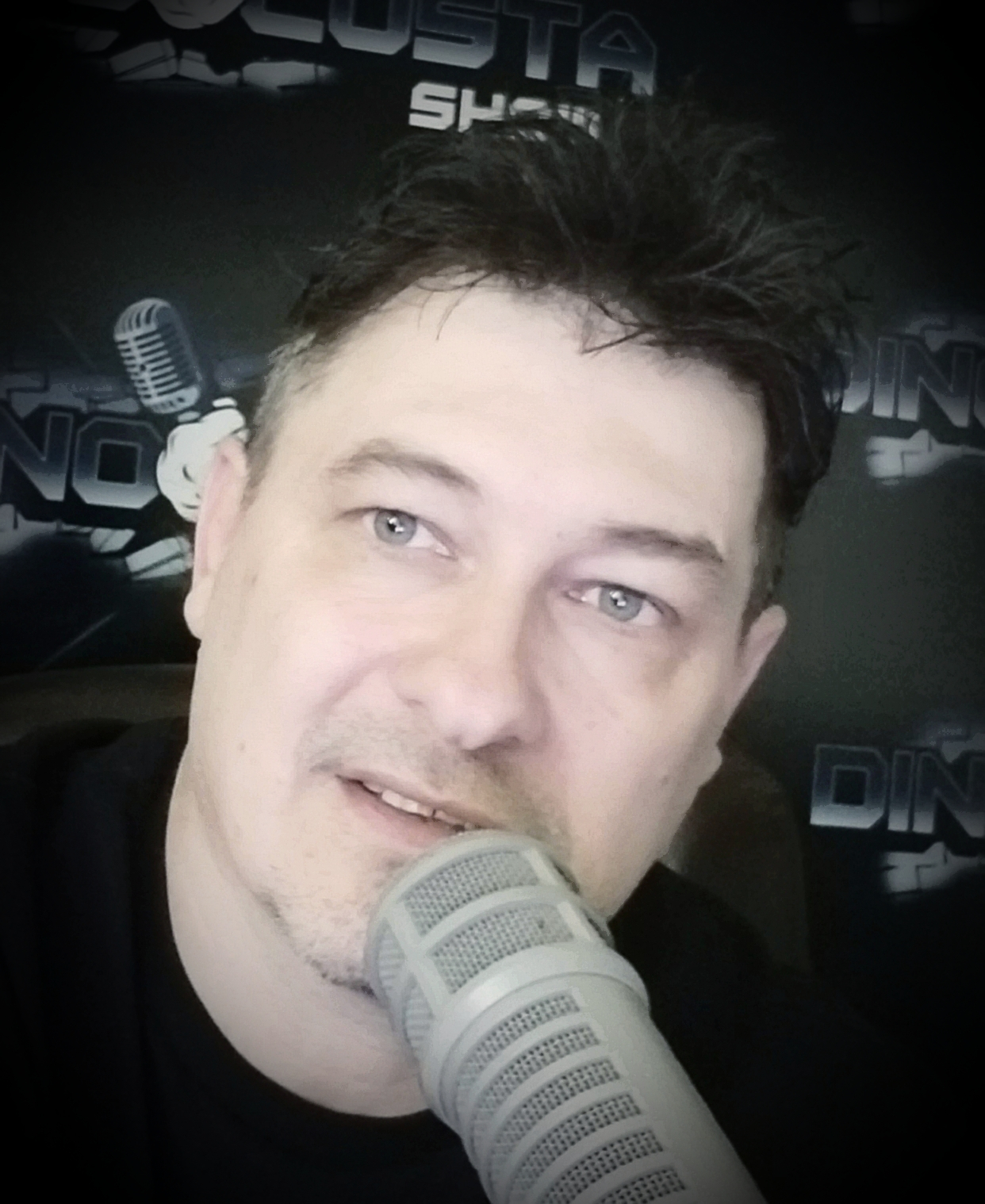 WELCOME BACK! IT'S BEEN TOO LONG!

I entered the world on that day back in 1963, and, according to my parents, by having the audacity to pop into the world on the 17th day of March, I had a large say in naming myself.

My late father, Mike Ryan, was a tough Irishman, and he married a pretty Italian girl by the name of Geraldine Costanzo. That name Costanzo will come into play shortly, so keep reading.
‍
Thus I was born Patrick Ryan, on March 17, 1963.

But hold on, because this is where it gets more interesting.
‍
My Irish father was a huge fan of the late actor and comedian, Dean Martin, whose friends often referred to him as; "Dino."

My father loved the name and insisted that it become my middle name.

Let's get through the next part as quickly as possible. Although my first name was Patrick, nobody in my family, I mean nobody, ever referred to me by my first name. Instead, around my family both immediate and extended, I was always "Dino."

It was everywhere else I was called Patrick. In school, in Little League, in the Boy Scouts, everywhere else my first name was used. Even my childhood sweetheart, who would later go on to become my wife, she called me Patrick all the time - never Dino.

Okay, so I get into the world of broadcasting back in 1997, and, wanting to use my most common name of Dino, I didn't like the way that "Dino Ryan" sounded, and at that time it seemed like the name "Patrick" was everywhere in the sports broadcasting community (Dan Patrick - Bill Patrick - Mike Patrick), and so I joined this parade and referred to myself on the air at that time as; "Ryan Patrick." I did this upon the suggestion of someone else who told me that "Patrick Ryan" sounded too ethic, much too Irish, and that if I simply switched the back name to the front and the front name to the back, it would be received better. Then to convince me further this person told me that Dan Patrick had manufactured his own name, as he decided to drop his real last name of "Pugh", and instead insert Patrick.

Fast forward to a few days after 911. I'm in Los Angeles, I'm newly married, and I'm ready to go to work for Fox Sports Radio as an update person for the JT The Brick radio program.

A few days before I was set to hit the air I was on the phone with my dear mother on a Los Angeles freeway and I told her that after 4 years in the broadcast industry, I'd love to use the name I most identified with, Dino, however, I could not come up with a last name to bring it all together and I was open to suggestions.

First, my mother asked if I was interested in simply using her maiden name of "Costanzo", and I told her that it was way too ethnic sounding, and besides, I wanted something to go along with Dino that had brevity.

Then my mother responded by asking me why I didn't simply shorten her maiden name and chop it down to "Costa?"

The rest is history, in mid-September, 38-years after Patrick Dino Ryan was born, the name of; Dino Costa, sprang forth out of thin air.

After a while I decided to legalize the name and it's been with me ever since.

But over the last few years I've been thinking about regaining my original identity, for two reasons really.

Firstly, I made a promise to my late father before he passed away that I would someday revert back to his last name. Although my father was proud of my accomplishments in the broadcasting industry, he never directly said it to me, but I always felt that he was somewhat hurt that I was no longer a "Ryan" officially.

Secondly, right around the time my tenure came to an end at SiriusXM Radio, I started to feel like I missed my name, my true identity, what my parents named me and intended me to be for life.
‍
So a few weeks ago, I made an application to change my name back to Patrick Dino Ryan, and currently, this is in the works, and it should be completed by the end of October of this year, the entire process actually takes a few months to complete.

You probably haven't noticed it if you weren't thinking about it,but over the last few weeks I have rarely referred to The Show on the air as "The Dino Costa Show", and instead, I've been calling it; "The Show."

Now, while the name Dino Costa has been retired, certainly, the name "Dino" has not, and it won't be.

Most of you have known me by the name for a long time and will no doubt continue to refer to me by it forever. My immediate and extended family won't be calling me Patrick anytime soon, and those in my closest circle of friends and colleagues won't be calling me anything but Dino.

A friend of mine from Brighton, Colorado, recently visited with me here in Wyoming just last week. He was aware of my desire to go back to my original name, and he said to me; "You can be anything you want to be...but I'm always calling you Dino."

I'll no doubt be referring to myself as Dino on the air countless numbers of times, and you will probably hear me telling you: "Welcome to The PATRICK RYAN Show, with me, Dino."
‍
Going back to my birth name has me re-invigorated and it also provides me with a renewed sense of pride in my family name. I've always loved my last name of Ryan, and missed it many times over the last approximately 18-years.

No matter that legally I've been Dino Costa for a long time, but down in my core, I've always known that I was a Ryan, Patrick Dino Ryan.
‍
A new name, on a slightly newly re-designed website, with new colors to boot.

However, you're still going to get the same great fucking Show you've become accustomed to.
‍
The hiatus is over.
‍
I'm back behind the microphone.
‍
What's in a name?
‍
It depends on who you ask.
‍
No matter what you might call me, I have things to say, commentaries to give, and an insidious System that needs to be taken down and exposed.
‍
I'm officially back, Dad...this one's for you.
‍
It's August 31, 2020.
‍
The PATRICK RYAN Show is on the air.
‍
With me, Dino.